Our trustees; led by Chairman Richard Speirs, have ultimate responsibility for directing the affairs of the charity, ensuring that it is solvent, well-run, and meeting the needs for which it has been set up.

The day to day running and development of the reserve is looked after by our staff and volunteers’ teams, led by Reserve Manager – Ryan Dobson.

Meet the board of directors 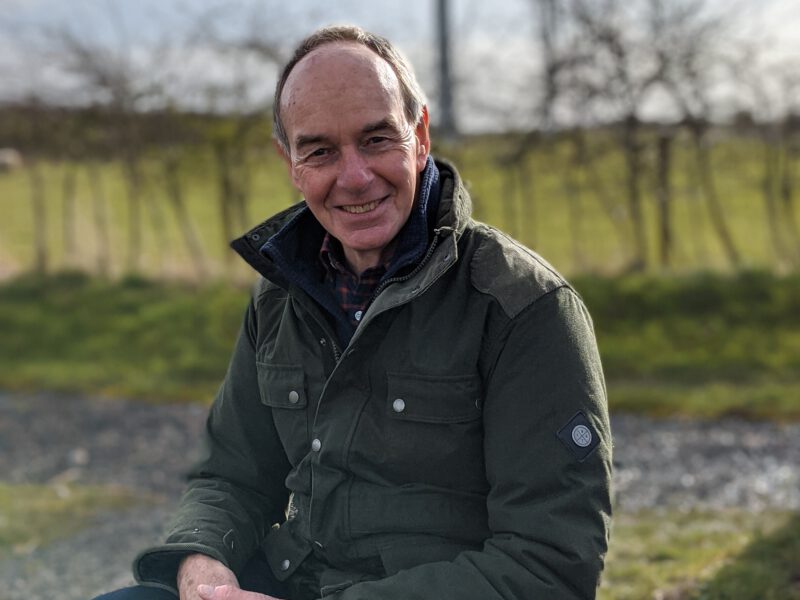 Richard was formerly Director of Environmental Services for Carlisle City Council. During the Foot and Mouth outbreak in 2001 he was the lead officer dealing with the outbreak and knew the former airfield at Wiggonby as a burial site from its original conception. He attended joint meetings with local residents and Parish Councils which ultimately led to the establishment of Watchtree Nature Reserve.

Richard was formerly a Chairman of the Friends of Tullie House where he became one of the founding Trustees when it was established as a Charitable Trust. On his retirement from these roles he was invited to become a Director of Watchtree.

His interests have always been associated with the Environment and he has been a member of various Wildlife and Countryside organisations for many years. Apart from this he is a keen photographer, lecturer and competition judge representing the North West Counties on the Photographic Alliance of Great Britain. The interest in photography takes him all over the country and leads him into the pleasures of hill walking in the hope of finding good subject material. 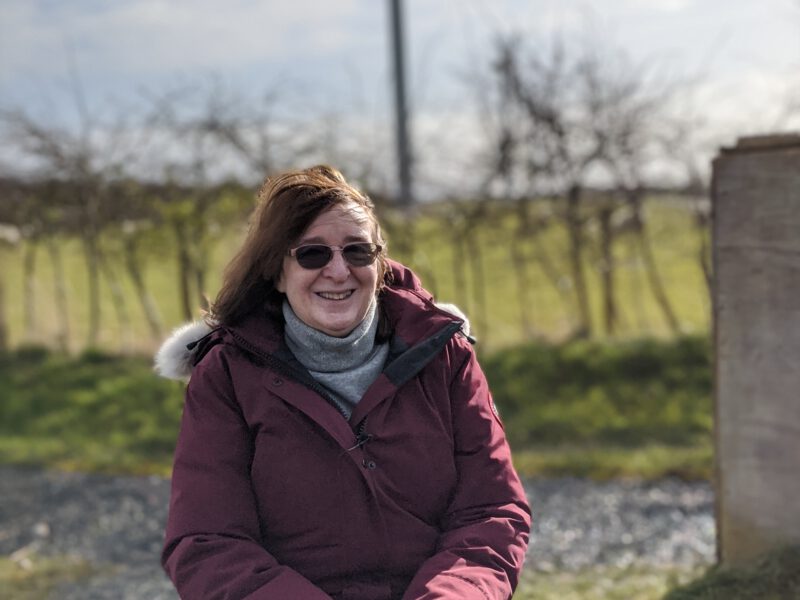 Patricia has an honours degree in biology, and she spent a number of years working in river pollution prevention in Cumbria and North Lancashire, for the North West Water Authority. She then decided upon a complete career change by joining the NHS and training as a nurse, midwife and health visitor, working in various parts of Scotland and northern England. She gained extensive clinical experience in community nursing before gaining an MSc in health science research. Patricia’s career then took her into senior clinical management for a number of years and commissioning. After working in the NHS for 30 years, Patricia retired and has subsequently worked as a part-time lecturer in health and social care at Newton Rigg College, Penrith.

Following the 2001 foot and mouth outbreak, the former Great Orton Airfield was used as a mass burial site for the animals. At this time, a small number of local people formed the Watchtree Liaison Committee, which was chaired by Patricia. The role of this group was to plan and guide the future of the site so that it became a community asset. This group was the predecessor to the present Watchtree Nature Reserve Limited, of which Patricia is a Director.

Patricia owns land in the local area and retains an active interest in rural issues and wildlife. Her clinical background informs the health and wellbeing activities carried out on site and she retains a lively interest in the educational aspects of Watchtree 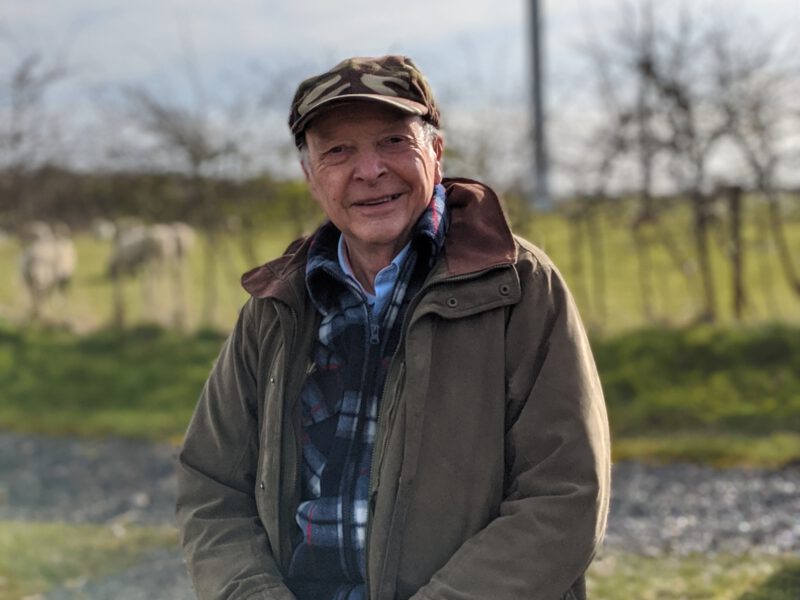 William Little was born at Linden Farm, Baldwinholme. On leaving school he worked in partnership with his brother Thomas, and his father until his death, on the 200 acre farm.  Linden Farm was mainly dairy with a small beef unit.

In his late teens William became a member of Raughton Head Young Farmers Club, going on to hold the office of Chairman twice and then Treasurer.  This gave him valuable experience in public speaking, quizzes, debating groups, stock judging and all things rural.  At around this time he also ran a very successful youth club in Dalston Methodist Church for around ten years.

He became a parish councillor for Orton Parish in 1983 and was appointed chairman three years later.  In 1994 he was appointed onto the executive committee of Carlisle Parish Council’s Association, going on to become vice chairman. He is also vice president of Dalston Agricultural Show for Life.

Following the outbreak of Foot and Mouth in February 2001, William saw the devastating effects it had on the local community.  When he was asked to join the Liaison Committee at the Foot and Mouth burial site on Gt Orton airfield, he was therefore happy to take the opportunity.  He subsequently realised the potential the site had for future development as a nature reserve with special emphasis on education.  He also saw this as an opportunity to take away the stigma of Foot and Mouth for local communities. Consequently, he became one of the founding members of Watchtree Nature Reserve.  He really enjoys leading walks, giving talks and contributing to the general running of the site as a Director. 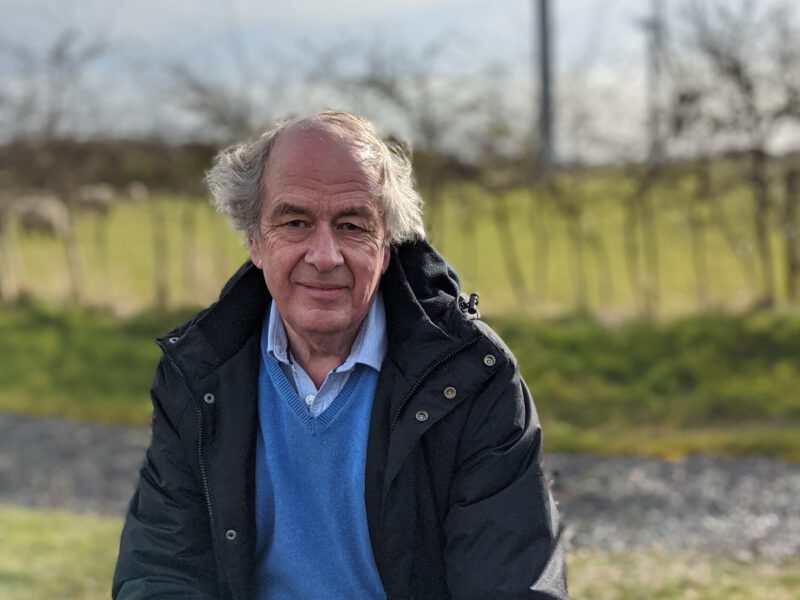 Before Clive retired, he was involved in the financial sector all his working life as a Pensions Manager, latterly for Pirelli and before in an insurance company. This involved dealing with Investment and Audits as well as members. His expertise in finance makes him an invaluable asset at Watchtree Nature Reserve. Clive loves being in the great outdoors he especially enjoys walking and appreciates the beauty of the countryside, in particular the Lake District 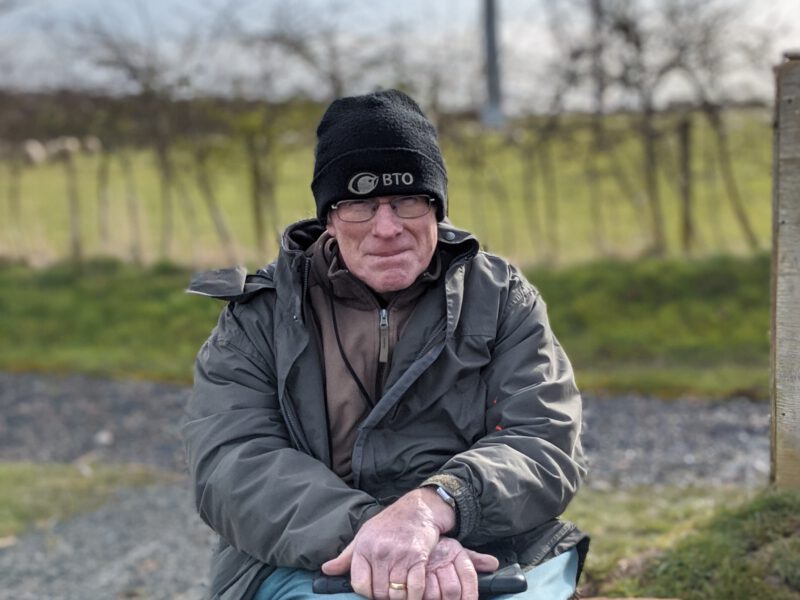 Frank became involved with Watchtree in 2002 when he was working for English Nature as Nature Reserve Manager for the North Cumbria National Nature Reserves. Defra had set up a local liaison group and he was invited to attend meetings representing English Nature. In 2004, Defra suggested that people from the Local Community might wish to consider managing the Nature Reserve. In 2005 he became a founder member of Watchtree Nature Reserve and chaired the Trust from 2005 to 2015.

In 1971 joined the British Trust for Conservation Volunteers in Scotland as a volunteer Field Officer. He obtained job with BTCV in 1972, which led him to become North Regional Officer based near Bradford in 1973.  He left the BTCV in 1977 and secured a post as Countryside Warden for Northamptonshire County Council based at Irchester Country Park. However, in 1979, his application for a post with the Nature Conservancy Council was successful and obtained the position of warden for the new National Nature Reserve on Banks Marsh on Ribble Estuary.  By 1985, he moved to Cumbria where he took up the post of Site Manager for the North Cumbria National Nature Reserves.

Frank has lived most of his life in the Countryside and his interest in nature was stimulated by a farmer whom my father worked for and who’s collection of bird’s eggs and Butterflies he found fascinating.  Frank has developed an all-round interest in all thing’s nature and habitats. His particular interests are Birds and Butterflies. Frank is also a BTO licenced bird ringer, trainer, and leader of Watchtree Ringing Group. His natural history interests led him to Carlisle Natural History Society and is currently President. Frank still carries out a few wildlife surveys and has been a BTO WeBs (monthly counts of water birds on the Estuary) counter for 33 years. He is an obsessive counter and recorder of wildlife and enjoys giving talks and leading walks. 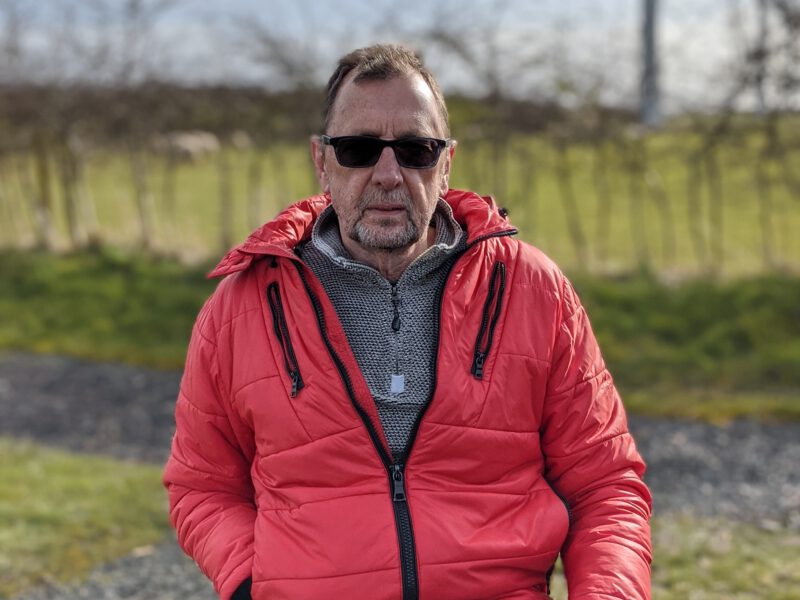