A man-made and often undervalued habitat, well managed hedgerows are rich wildlife habitats. In this part of Cumbria most of the hedges were planted during the early years of the 19th century, during the ‘Commons Enclosure’ period. They were planted on dykes or hedge banks to avoid waterlogging of the roots.

At over 200 years old many are no longer optimal areas for attracting wildlife. At Watchtree Nature Reserve however, over 6km of hedgerows have been planted since 2002 with the specific intention of attracting wildlife and restoring most if not more of the ‘Watchtree Farm ‘ hedges removed to create the airfield in 1943.

The hedgerows at Watchtree consist mainly of Hawthorn interspersed with Blackthorn, Dog Rose, and Holly. As they mature, they will act as “wildlife corridors”, linking different habitats, and will become a complex ecosystem in their own right. Many small mammals and birds covet the cover that hedgerows provide, particularly in areas of low woodland cover. The hedgerows are fenced to leave wide, rough grass margins to enhance the wildlife corridor. We commenced rotational hedge laying in 2014, in order to ensure healthy hedge rejuvenation by promoting new, thicker growth to enhance their wildlife value. Some hedges will be allowed to grow tall and dense to produce large quantities of berries, providing autumn food for visiting Fieldfares, Redwings, and Blackbirds. Hedgerows generally have been in decline in this country for some time especially in the east of the country where many miles have been removed. In recent years Agricultural Environment Schemes have encouraged a significant improvement in hedgerow restorative management. 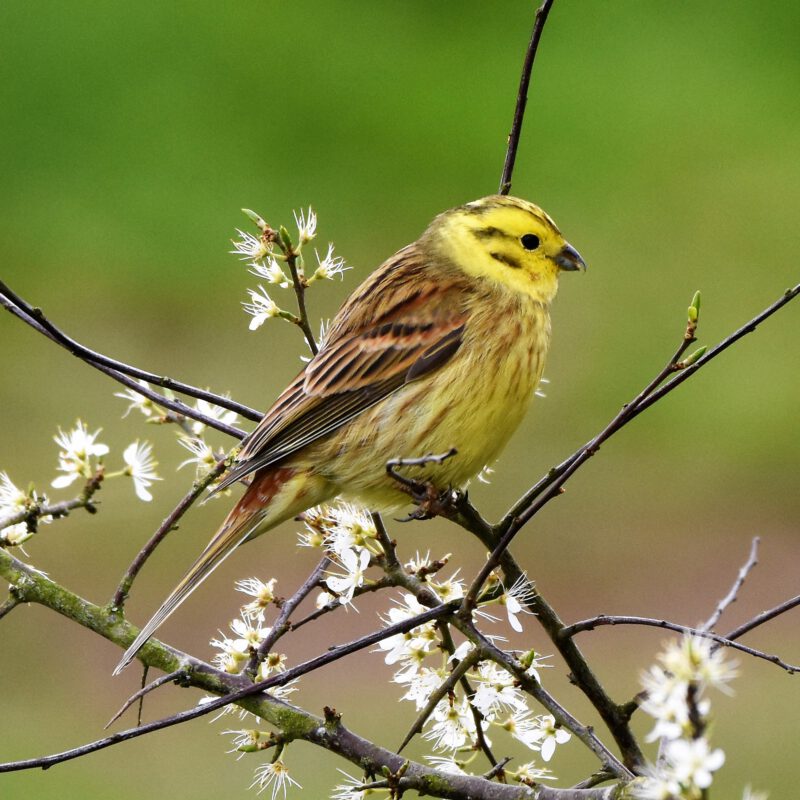 Defining features
Males have a bright yellow head and chest with a streaky brown back.
Size
16cm length. 23-29cm wingspan.
Lifespan
3 years.
Voice
A sharp quick call of tsik, tzit, twitik. Its song is a sharp, thin trill of ti-ti-ti-ti-ti-ti-ti-n-teee-tyew. Often described as sounding like - “A little bit of bread and no cheeeeese!”
Habitat
Farmland, hedges, heathland, coastal grassland, bushes and shrubs.
Feeding
Feeds on seeds and small insects.
Nesting
Ground nest made of grass and straw, usually at the base of a bush.
Breeding season
April – July.
Young
Produces 3-5 eggs in 2 or 3 broods
UK Conservation status
Red (more than 50% population decline in recent years
Population trend
In rapid decline 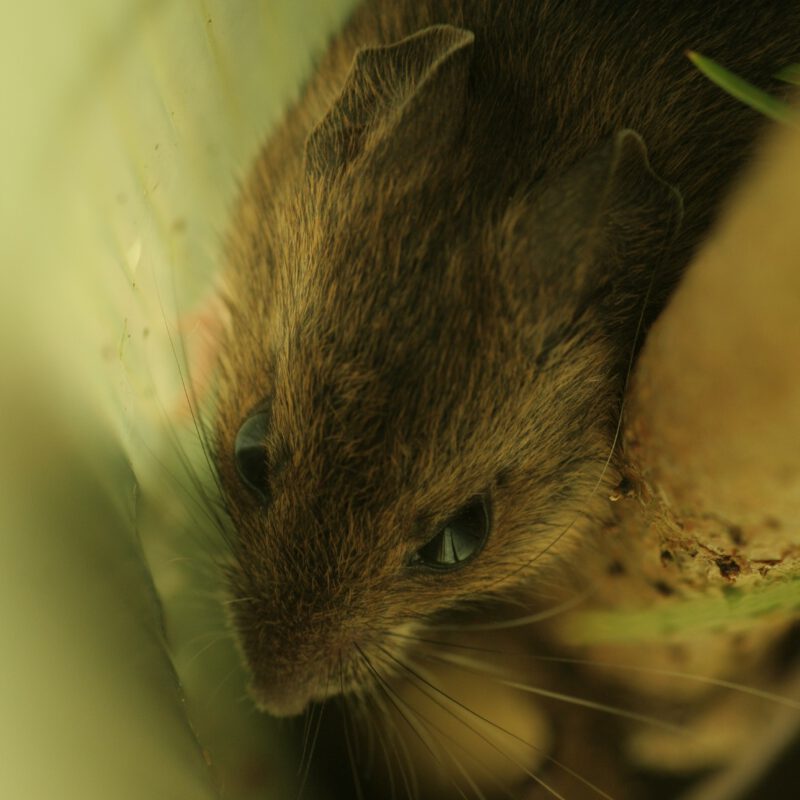 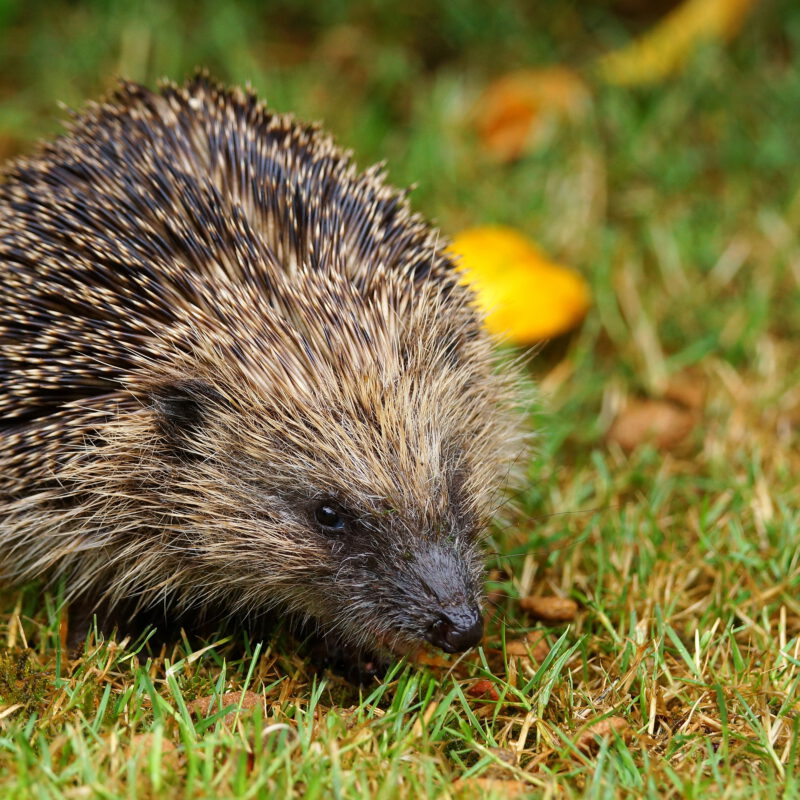 Defining features
One of Britain’s most iconic mammals, the hedgehog is instantly recognisable by its many thousands of spines across its back. A nocturnal animal will often travel up to 2km each night. Hibernates from November to March
Size
15-30cm
Lifespan
2-3 years.
Habitat
Hedgerows, meadows, grasslands, farmland, gardens and urban areas.
Feeding
Will mainly eat invertebrates such as beetles and caterpillars, though will also eat the eggs of ground nesting birds.
Breeding season
April – September
Young
They produce a litter of 4-5 young. The young need to weigh over 450g (1lb.) in order to have enough fat reserves to survive hibernation.
Conservation status
IUCN Red List (GB) Vulnerable
Population trend
Declining 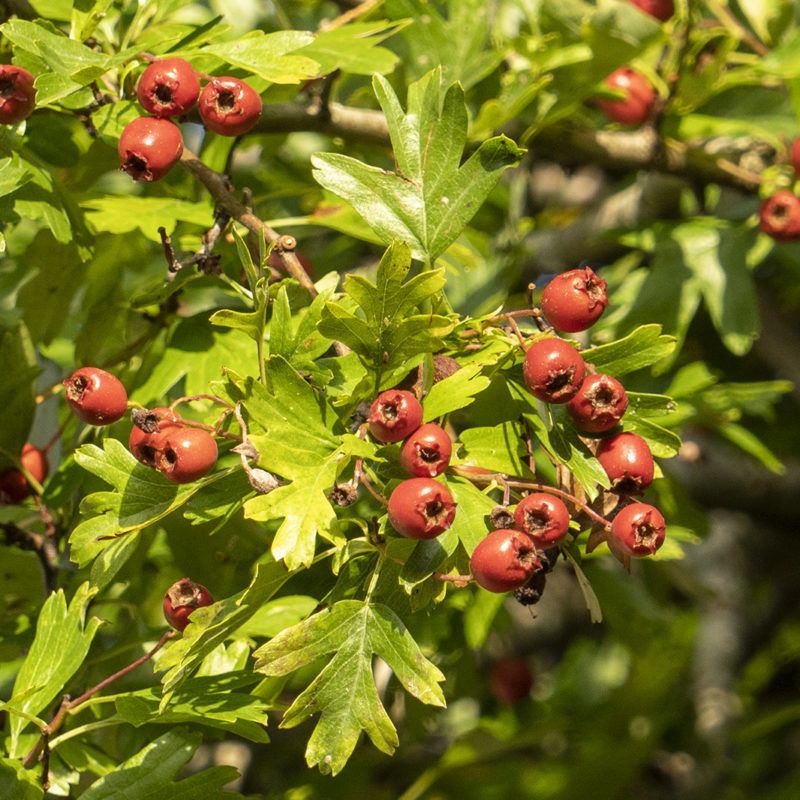 Defining features
A deciduous tree, with thin knarled, thorny branches. It produces white flowers and its leaves tend to be shiny.
Size
Can grow up to 15 metres.
Fruits
In Autumn it produces deep red berries known as haws.
Habitat
It grows in woodlands and scrub and is often used in hedgerows, as is the case here at Watchtree.
In flower
It is typically only in flower in May, this led to it sometimes being known as the May Tree.
Ecological value
The Hawthorn is the foodplant for many caterpillars of moths. It is believed that it can support up to 300 insect species, and its flowers are eaten by dormice and pollinated by bees. The berries are also food for several species of birds including Redwing and Fieldfare. Its timber has been used in the past for furniture.
Distribution
Native to the UK, Europe and temperate regions of North America and Asia.
Conservation Status
Least concern 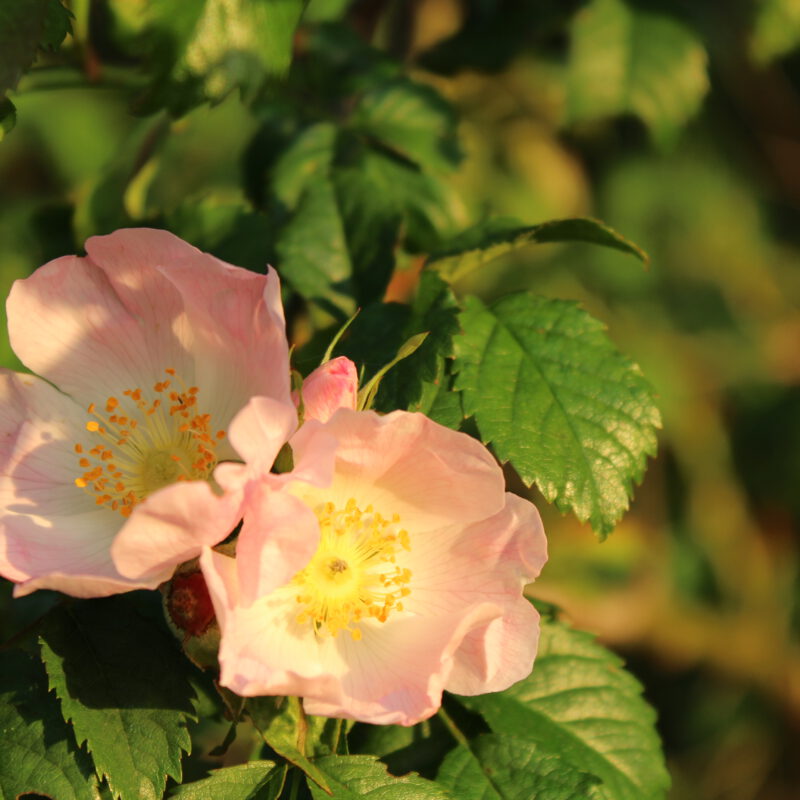 Defining features:
Sometimes hard to differentiate from other species of rose. Dog Rose has pink/white flowers with five petals that grow in groups of 2 or 3. It has bright red rosehips.
Size
1-5 metres
In flower
June - July
Habitat
Farmland, hedgerows, scrub, woodland, meadows and gardens.
Ecological value
The nectar-filled flowers provide pollen for bees and insects, which then attracts bird species that prey on them. Small mammals such Bank Voles eat the rosehips. Petals of the plant are often used to make perfume.
Distribution
Found all across Europe, North West Africa and Western Asia.
Conservation Status
Not threatened. 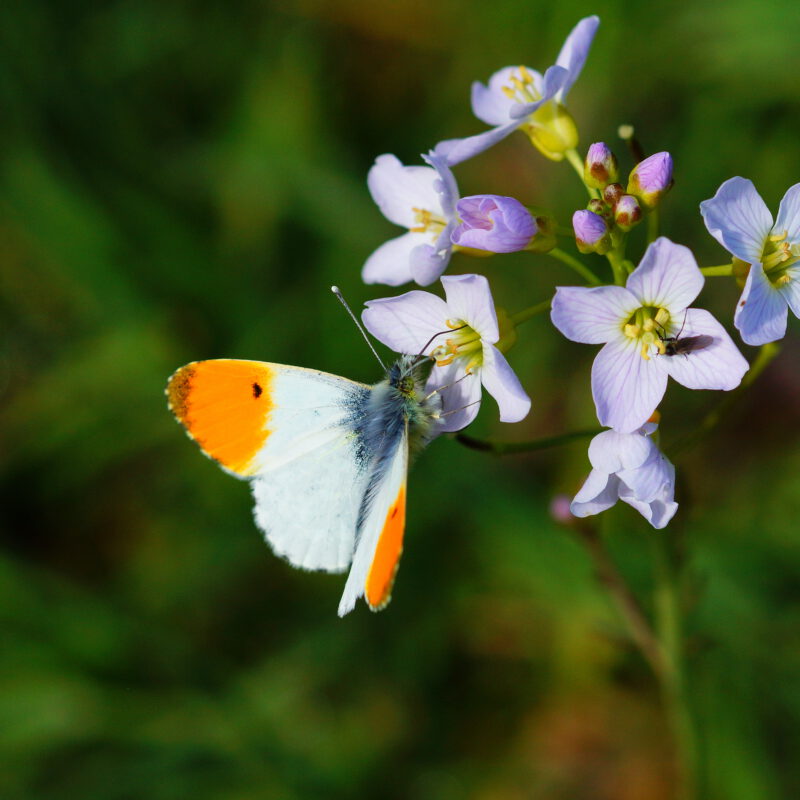 Defining features
The males are rather easy to spot. They are white with bright orange on their forewings. The females do not have any orange on their wings, and instead are all white, with a grey pattern on their underwings.
Size
Wingspan is 4-5 CM
Life span
Up to 4 weeks as an adult.
Habitat
Open woodlands and woodland rides, hedgerows, grassland, farmland, meadows, heathland and gardens.
Feeding
The main foodplant is Cuckooflower (Cardamine pratensis) in damp meadows and Garlic Mustard (Alliaria petiolate) along road verges and ditches.
When to see it
It spends winter as the chrysalis stage of its life cycle and emerges as an adult in early April. It is often seen as a sign of spring. It is typically in flight from April to July.
Conservation status
Least concern
Population trend
Increasing 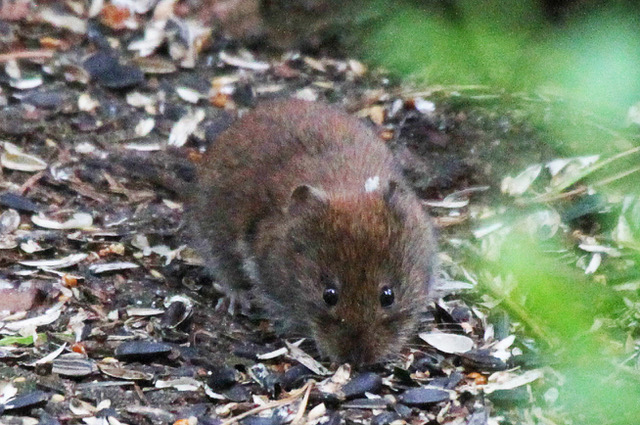